What is the Flu?

Flu is a contagious respiratory illness caused by influenza viruses. It can cause mild to severe illness, and at times can lead to death. Most people who get influenza will recover in a few days to less than 2 weeks, but some people will develop life-threatening complications (such as pneumonia) as a result of the flu. Anyone can get the flu (even healthy people), and serious problems from influenza can happen at any age. People age 65 years and older, people of any age with chronic medical conditions (such as asthma, diabetes, or heart disease), pregnant women, and young children are more likely to get complications from influenza.

How does the Flu spread?

The main way that influenza viruses are spread is from person to person in respiratory droplets of coughs and sneezes. (This is called “droplet spread.”) This can happen when droplets from a cough or sneeze of an infected person are propelled through the air and deposited on the mouth or nose of people nearby. Influenza viruses may also be spread when a person touches respiratory droplets on another person or an object and then touches their own mouth or nose (or someone else’s mouth or nose) before washing their hands.

How long can a sick person spread flu to others?

Most healthy adults may be able to infect others beginning 1 day before symptoms develop and up to 7 days after becoming sick. Children may pass the virus for longer than 10 days. Symptoms start 1 to 4 days after the virus enters the body. That means that you may be able to pass on the flu to someone else before you know you are sick, as well as while you are sick. Some persons can be infected with the flu virus but have no symptoms. During this time, those persons can still spread the virus to others.

Every year in the United States, on average:

The flu and the common cold are both respiratory illnesses but they are caused by different viruses. Because these two types of illnesses have similar flu-like symptoms, it can be difficult to tell the difference between them based on symptoms alone. In general, the flu is worse than the common cold, and symptoms such as fever, body aches, extreme tiredness, and dry cough are more common and intense. Colds are usually milder than the flu.

PROBABLY A COLD: Temperature less than 100°F (37.8°C), with one or more of the following: cough, sore throat, runny nose, stuffy nose.

People with colds are more likely to have a runny or stuffy nose. Colds generally do not result in serious health problems, such as pneumonia, bacterial infections, or hospitalizations.

The flu usually comes on suddenly and may include what is referred to as “flu-like symptoms.”

MAY BE THE FLU: Temperature greater than 100°F (37.8°C), with sore throat or cough, and one or more of the following: 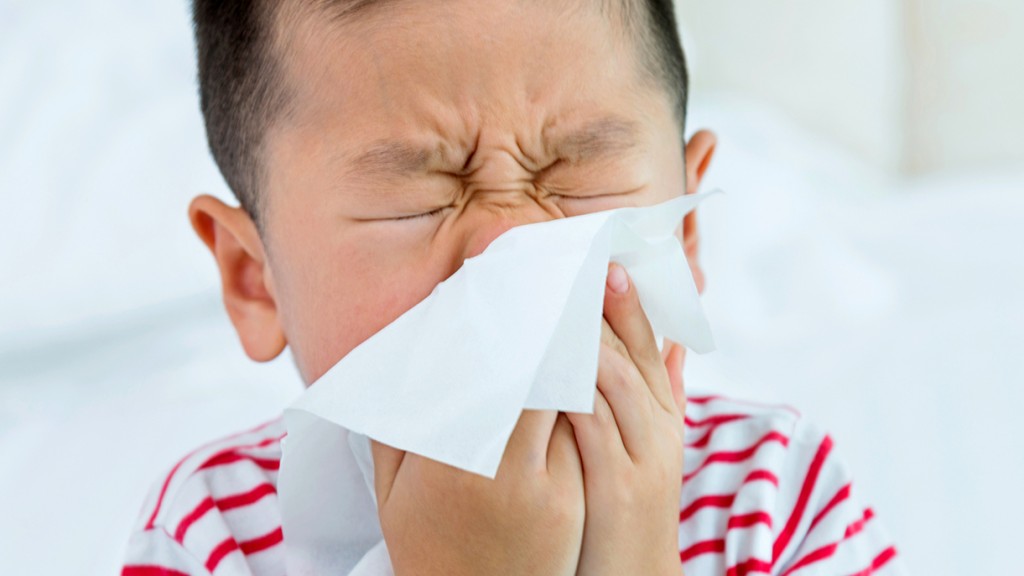